Disinfectant Chemistry Report Card #4 – H2O2 – Should it be our disinfectant go to? 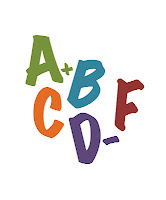 When it comes to hydrogen peroxide, most people think of that little brown bottle available at our local grocery stores.  For me, memories come flooding back from when my mother used it as an antiseptic on my skinned knee.  At the time, the bubbling and foaming that occurred was really quite cool.  Use as an antiseptic is just one application of hydrogen peroxide that demonstrates its well known antimicrobial qualities.


Believe it or not, hydrogen peroxide also naturally exists in honey and milk as a preservative.  It is available in our saliva as an oxidant, in blood as a part of our immune system against pathogenic microorganisms, and in tissues due to cellular metabolism.


When applied to a surface or item, hydrogen peroxide does not carry any residual activity since it either evaporates from the surface or degrades into its constituent components – water and oxygen.  Furthermore, because it has more than one target site while inactivating microorganisms the potential for bacterial resistance to develop against hydrogen peroxide is essentially non-existent.


The fact that hydrogen peroxide degrades into water and oxygen also makes it an environmentally preferable disinfectant chemistry.


As we have dwelled upon in previous blogs, another very important consideration is a product’s ability to clean and aid in the ability to lift and remove soils from a surface.  Since hydrogen peroxide is an oxidizing agent, it oxidizes organic materials allowing them to be more easily removed from the surface.  For this reason hydrogen peroxide is used in many commercial and consumer cleaning products.


With these key points fresh in your mind, how would you grade standard hydrogen peroxide as a disinfectant chemistry?


Speed of Disinfection – B to C


- Similar to the speed of disinfection, performance in this criteria is tied to the in-use concentration
- 6-7% concentrations can be used as chemical sterilants to eradicate all microbial life; 3% solutions may be used as surface disinfectants or skin antispetics


- Hydrogen peroxide oxidizes organic materials allowing them to be more easily removed from the surface.  For this reason hydrogen peroxide is used in many commercial and consumer cleaning products.


Safety Profile – A to B


- This is another parameter largely affected by the in-use concentration of the solution
- Hydrogen peroxide based solutions tend to be safer alternatives to other commercially available disinfectant chemistries
- Concentrations used for surface applications tend to be non-toxic and non-irritating; concentrations used for medical device disinfection, although irritating to eyes and skin, do not carry respiratory irritation profiles as do many disinfectants used in these applications


- Hydrogen peroxide is readily available from various manufacturers and can be found in both concentrated and ready-to-use formats.


**For more in-depth scientific information about Hydrogen Peroxide and other disinfectant chemistries, stay tuned to www.infectionpreventionresource.com