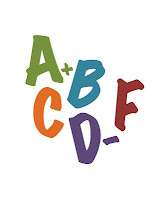 Ortho-phthalaldehyde (OPA) has been around since the early 1990s as a safer disinfectant active for treating instruments and devices, in comparison to glutaraldehyde. OPA is found to be very compatible with most materials used to manufacturer medical instruments. Contrary to common belief, OPA is one of the members of the aldehyde family that does not have the characteristic pungent odor associated with formaldehyde etc. OPA is known to maintain its biocidal activity in a wide range of pH, while being compatible with various materials and equipment.

OPA causes malfunction of the bacterial cell membrane by attaching to protein residues and receptors and which also increases the permeability to OPA allowing the chemical to enter the cell.  Once in the cell, OPA interacts with enzymes and RNA and thus causes failure of cellular functions, which leads to bacterial cell death.  OPA at various use dilution is known to be a bactericide, virucide, fungicide, and tuberculocide and is widely used as a high level disinfectant for reprocessing semi-critical medical devices (e.g. items that will come in contact with mucous membranes or non-intact skin). Sporicidal activity OPA is very limited and dependent on the pH and the contact time is considered to be too long to be useful for reprocessing activities.
At use dilution of 0.5% to 5%, OPA does not impose any flammability or reactivity hazards. There has been reports of residual OPA exposure from endoscopes and trans-esophageal probes to patients, where it has caused exacerbation of asthma and bronchitis, and general sensitization. At use dilution, OPA is found to be a sensitizer to eye, skin and respiratory organs, however, current scientific evidence has not found OPA to be mutagenic or carcinogenic.

OPA is very toxic to aquatic organisms and forms toxic biodegradation by-products; bio-accumulation is not reported.

Here’s how we would score OPA on the key decision making criteria:

• Speed of Disinfection – A to D

• Cost Effectiveness – B to C

**For more in-depth scientific information about Alcohol and other disinfectant chemistries, stay tuned to www.infectionpreventionresource.com.

Nicole
Posted by Unknown at 6:00 AM 0 comments

Off the top, I have to make the disclaimer, I am not a pharmacist and while I took several pharmacology courses as part of my Bachelor of Science, the only thing that I can state with certainty is that you should not take Acetaminophen to cure a hangover headache.  If you didn’t know, mixing Acetaminophen and alcohol can cause acute liver failure.

Our most recent blogs have been focusing on the importance and need for environmental cleaning.  As we know, infection prevention and control is not as simple as implementing one strategy.  It takes the implementation of a number of strategies (e.g. a bundle) and together these strategies can work together to provide the desired outcome.  In many Outbreak management strategies, environmental cleaning and either increasing the frequency of cleaning or improving the efficacy of cleaning is a cornerstone.   Cleaner surfaces mean less chance for hand contamination and of course, reducing hand contamination can help reduce transmission of infection.

However, hand hygiene and cleaning compliance is not always the end all and be all.  In fact, I do know of a facility that implemented more stringent cleaning and hand hygiene policies but still have issues with a persistent outbreak of a particular antibiotic resistant organism. This facility lacked an Antibiotic Stewardship Program and upon review did come to the realization that in part, the lack of such a program lead to the prescription of unnecessary and / or inappropriate antibiotics.

I want to hone in on the findings regarding “Agreement with potential strategies to reduce MDR-GNB” as the findings (at least to me) are a bit scary.  While it’s good to know that 96% of the healthcare providers agreed that limiting the use of antibiotics could decrease resistance development only 74% of the ICU healthcare professionals surveyed agreed that implementing contact precautions for colonized or infected patients could decrease resistance.  Further, only 56% of ICU healthcare professionals knew and/or were aware of the definition used to implement contact isolation in their facility.  This definition has been in place since 2006 so is certainly not something new!

Talk about an eye opener!  We have been slamming environmental service staff for poor cleaning compliance and placing a significant portion of the blame for transmission of these organisms as a result of unclean (or improperly cleaned) surfaces. While I still believe, we need to clean better and clean with more frequency, perhaps the bigger issue has to do with a lack of knowledge surrounding when patients need to be put onto isolation precautions!   MDR-GNBs are pesky, colonized or infected patients shed these into the environment and these bugs have the ability to survive and stick around for long periods of times. A properly isolated patient will heighten the infection prevention and control measures and is certainly one of the keep links in the chain to breaking transmission!

The January 30th edition of The Wall Street Journal ran an article titled “When Hospitals Become Killers” by Betsy McCaughey that detailed an outbreak of Carbapenem-Resistant Klebsiella (CRK for short) that infected 18 and killed 6.

Klebsiella is a gram-negative rod shaped bacteria that is known to cause pneumonia, urinary tract infections, septicemia, and soft tissue infections.  As with other bacteria, Klebsiella has now become resistant to several antibiotics.  In particular, Klebsiella has become resistant to the Carbapenem family of antibiotics that are used to treat life-threatening infections caused by extremely drug-resistant gram negative pathogens; these drugs represent the last line of defense in the antimicrobial drug arsenal against serious or invasive infection.

Early detection through the use of targeted surveillance and introduction of strict infection control measures including the reinforcement of hand hygiene, contact precautions and environmental cleaning and disinfection protocols can help control the spread of CRK.  This is of particular importance with nosocomial pathogens such as CRK as these organisms can persist both in the hospital environment and can also colonize healthy individuals who can then contaminate the environment.

During the outbreak at the National Institutes of Health Medical Center (Bethesda, MD), the outbreak was finally contained by implementing tougher standards such as screening all patients for CRK, strict cohorting of colonized patients to minimize sharing of hospital equipment and of care providers between outbreak patients and other patients in the hospital and more rigorous cleaning.

Fancy that!  More rigorous cleaning!  In fact they cleaned the surfaces twice per day.  Further support for last week’s The Ugly Truth blog where researchers found that bacteria grew back at alarming rates after cleaning the surfaces and found that the optimal cleaning frequency would be every 3 hrs.

While to some, these articles may be surprising, I think we have to come to the realization that this is the new norm.   Our focus for too long has been on the cure.  We have vaccines and we have antibiotics.  But as we are seeing time and again, we are coming up against stronger enemies.  The antibiotics we rely so strongly on are not capable of defeating the newly developing antibiotic-resistant bacteria.  Without a strong focus on PREVENTION we will run the risk of reading headlines that highlight yet another outbreak and with more deaths.