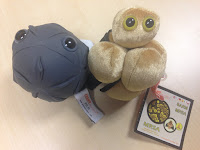 Some of you may be frequent TBT (Throw Back Thursday) players.  I often see TBT posts on Facebook with pictures from years gone by and hair or clothing styles that I wish I could forget – the spiral perm being one of them!   For today’s post I thought rather than trying to reinvent the wheel on the discussion about Antibiotic Resistant Organisms (AROs), I would simply go back in time to some of our past blogs where we have covered the topic from virtually every angle.

Doors Keys and Sledgehammers.  “Once upon a time, long, long ago there was door. This door was extremely strong, could rebuild itself and seriously maimed or killed anyone who came in contact with it. In the 1800’s, some bright soul invented a sledgehammer. The people were finally able to break the door down and while the door could rebuild itself, it maimed and killed fewer people. Then in the 1940’s a genius developed a key that could unlock the door and everyone thought the story was over. But this was in fact just the beginning of the Lock and Key war. In 1947 the door changed its lock, the key no longer fit, the door became stronger than ever and the people again began to see the importance of using the sledgehammer. The End.”

I’ll take kill claim for $200 “....confirmed by Rutala and Weber, disinfectant testing for antibiotic-resistant organisms is not necessary, as antibiotic resistant pathogens are not more resistant to disinfectants than antibiotic sensitive pathogens....”

CRE – Deadly, but not the strongest survivor  “Overall, the study showed that CRE is infrequently isolated from environmental surfaces in rooms of infected patients, and if isolated, is only found in small numbers.  These results suggests that CRE does not survive well in the environment in comparison with other key hospital-associated pathogens such as MRSA,VRE, C.diff, MDR Acinetobacter spp and MDR Pseudomonas.”

I hope you’ll take a trip down memory lane with me and reread the blogs.  If not, I hope you’ll consider that disinfectants have been used for well over 100 years without loss of effectiveness. While there is a hierarchy with respect to some bacteria such as spore-formers or Mycobacteria spp. being less susceptible to chemicals that their gram negative or gram positive cousins, there is no current scientific evidence that supports that antibiotic resistant organisms are more resistant to disinfectants.

Nicole
Posted by Unknown at 1:51 PM