Continuing the theme of using the four pillars from our Disinfection Dysfunction education campaign, this week I want you to ask yourself “Does your disinfectant have misleading claims?” If it does, you may be using a product that has Label Deficit Disorder!

We are inundated on a daily basis with emails, advertisements in journals and magazines, meetings with sales reps, vendor tables at education conferences, etc. it’s a wonder that anyone can make heads or tails out of the fodder. As Dr. Syed Sattar expressed in his blog “Stop the Smoke and Mirrors,” there are a number of areas that need improvement when it comes to the product development and registration of a disinfectant. But also from a decision maker perspective, to ensure we are asking and looking for relevant criteria when making a product choice. Aside from the contact times, product claims, and educational support, we should also refuse to receive or allow companies to pull the wool over our eyes when it comes to advertising or marketing claims.

Two of my personal pet peeves include the numbers game and chasing the non-existent efficacy claim.  This unfortunately occurs more frequently than one would think (or hope).  Contrary to some companies’ belief, advertising that a product kills X bugs while the closest competition only kills Y bugs is not relevant and frankly in some cases can be downright dangerous. We have to remember that it is more than just what the product kills that needs to be taken into account when choosing a disinfectant.

When it comes to emerging diseases or obscure pathogens that have hit the news or are being promoted by a company as being relevant, we need to pause before running around looking for a product.  Case in point is looking for a disinfectant with an HPV claim.  It does not exist.  There is currently no Health Canada, EPA or FDA approved lab that can conduct testing in a manner required to obtain a label claim.   My other favorite story is a facility searching for the elusive disinfectant for use on soft surfaces as requested by the Joint Commissions during their last audit.  I shudder to think how many other facilities were sent scurrying looking for a product that does not exist.  The EPA only approves sanitizing claims against vegetative bacteria on soft surfaces.  There is no approved disinfection claim for soft surfaces.

I hope the next time you read the label or marketing material of the product your facility is currently using or a new product you’re investigating you’ll stop and ask “Does my disinfectant have misleading label claims?”

Nicole
Posted by Unknown at 8:25 AM 2 comments 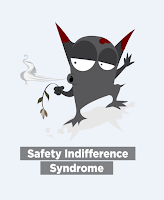 If you’ve ever heard me speak at a conference you’ve probably heard me say “I don’t care what a product kills if the people who need to use the disinfectant won’t use it!”   In this context, I am not talking to the fact that environmental services or nursing staff are cutting corners or flagrantly disregarding protocols.  In my experience, if your staff are concerned for their safety in handling a product or perceive in any way that there could be a potential health risk to them, they will either not use the product at all or use the product in such a way that the intended purpose (e.g. reducing HAIs) the product was chosen for in the first place will be negated.

Case in point, with a simple Google search I found the following question posted to a forum. “Hello! I work at a hospital that uses XXXXXX for cleaning. I have heard that they may cause liver damage if used without gloves. I have been researching on line and cannot find any related material on this subject, though my coworkers are intent with their arguments about it.”   I’ve redacted the name of the product because my intent is not to single out specific products, but to make a point that this concern is very real.   All too often we focus on what a product kills with a single aim to stamp out every pathogen known to man from the surface in the fastest contact time possible, but do not always stop to consider the health impact and / or acceptance of the staff tasked to work with said product.

Via Talk Clean to Me, I have written a number of blogs on this topic because it is one that I truly am very passionate about.  But don’t just take my word for it.  Even Drs Rutala and Weber included a discussion on safety within their 2014 article “Selection of the Ideal Disinfectant”.  In my dissection of this article, the Over Easy: Why safety profiles and ease of use will improve disinfection summarized a number of attributes to look for with respect to safety and ease of use.

In the “Is PPE a necessary evil?”  I talked about the economic impact to facilities with respect to Occupational Exposure to chemicals.  A 2010 report by the CDC highlighted that the most common active ingredients responsible for illnesses were Quats (38%), glutaraldehyde (25%), and sodium hypochlorite (18%).  The majority of the types of injuries associated with the use of disinfectants were: 222 eye injuries, 130 neurologic injuries (headaches etc) and 121 respiratory injuries.  Of particular interest (at least to me) is that only 15% of the time did the injured worker wear eye protection.....how many products listed above require eye protection when using?  How often do you see HCWs (EVS, nurses, clinical therapists, etc) wearing eye protection?

If that’s not enough proof, “It’s getting harder and harder to breathe”  discussed the fact that several states conduct work related asthma surveillance as part of the Sentinel Event Notification System for Occupational Risks (SENSOR).  The surveillance system in California showed that custodians and cleaners had the highest incidence of work related asthma.  Furthermore, a study by Rosenman et al reported that a cleaning product was 1 or more of the 3 suspected agents identified in 12% of the confirmed cases that they reviewed.  The fact that bleach was the most frequently identified product should not be all that surprising considering that bleach was recently designated an asthma-causing agent by the Association of Occupational and Environmental Clinics.

I’m not saying that in choosing the disinfectant products we do we are intentionally trying to harm the people we work with.  But it’s a delicate balancing act that we are tasked with to ensure the safety of our patients by minimizing the transmission of HAIs without causing harm to the staff who work in our facility.  The next time you’re looking to change disinfectant products I hope you’ll ask “Does this disinfectant suffer from Safety Indifference Syndrome?” and if you’ve never truly considered the safety of the products being used in your facility, I hope you’ll do a little investigation to see if your disinfectant is indeed suffering from Safety Indifference Syndrome.

Nicole
Posted by Unknown at 8:12 AM 0 comments 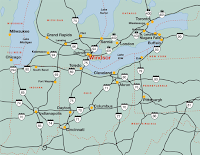 Living in Canada it’s often assumed that we live in igloos and wear winter clothes year round.  My cousins from Georgia often complain that it’s colder in Ontario than Georgia and even I, who took extra math  and science courses over Geography know that while Georgia is considerably further south than Ontario, the Southernmost tip of Ontario is well south of  a number of US states.  In fact yesterday (July 13th), it was 90F in Oakville, Ontario where I live and 94F in Orlando, Florida.  Considering Orlando is 2,024 km (1258 miles) almost directly south I’d say we get pretty darn hot in the summer!

Why am I talking about how hot it is? Because summertime infections are more common than you might think and the hot days of summer are the reason for some of them!  What are some of these pesky infections? Well if you’re an avid swimmer, you’ve probably had one or more inner ear infection, affectionately known as swimmer's ear.  In fact, according to the CDC, swimmer’s ear leads to an estimated 2.4 million doctor's visits and $500 million in health care costs each year.

What about all the picnics and BBQs you attend for work, with family or friends?  Have you ever had a touch of food poisoning? Bacteria that cause food poisoning grow fastest in hot and humid weather.  As a result foodborne illnesses are two times more common during the summer months than during other parts of the year.   YIKES!   And don’t forget about viral infections!  Stomach bugs such as enteroviruses, respiratory bugs like parainfluenza and even the common cold viruses are all lurking around during the summer.

With all of these summertime infections we thought we’d dedicate our July education campaign to help people from getting sick.  Our campaign aptly named Hot Mess provides you with a slew of pathogen fact sheets so you know what you’re up against and of course cleaning and disinfection protocols so you can clean up after yourself or your loved ones – assuming you’re sick of course!  If not, we hope you’ll use them to stay healthy!

Nicole
Posted by Unknown at 10:05 AM 0 comments

Candida is Cropping Up in Countless Countries 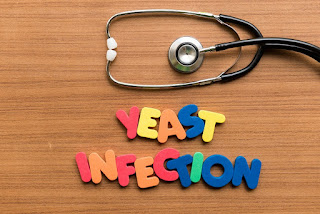 I can’t say for certain that the reason we’re hearing concerns over new pathogens is from the fact that they are newly rearing their heads or if because we are further ahead in our surveillance measures so finding them faster.  I’d like to think it’s the latter.

In the last 3 of 4 weeks I have blogged about new bugs of concern (“Has the sky fallen with mcr-1”) or a known bug causing problems in an unknown way (“Does your PICU have Burkholderia?”).  This week being the 3rd with the announcement that a new species of Candida is emerging as a fungal (yeast) organism associated with invasive infections.

According to the CDC, Candida auris has made its way to the Americas after it was found in a Venezuelan hospital.  It has been linked to invasive infections in the critically ill and other immunocompromised patients who are subject to broad-spectrum antibiotics and invasive procedures.  Candida auris was first described in 2009 in Japan and since then has also been found in India, Korea, South Africa, Pakistan, Columbia, the United Kingdom and Kuwait.  The CDC has found that isolates within each region are quite similar, but are relatively different across regions. These differences suggest that C. auris has emerged independently in multiple regions at roughly the same time.  From an infection perspective C. auris is known to cause bloodstream infections, wound infections, and ear infections. It also has been isolated from respiratory and urine specimens, but it is unclear if it causes infections in the lung or bladder.
The outbreak in Venezuela included 18 critically ill patients (mostly neonates) with 5 of the 18 patients dying.  Researchers and Infection Preventionists are warning others that C. auris needs to be considered as an emergent multidrug-resistant species, which can be a source of HAIs, which has a high potential for horizontal transmission and is difficult to eradicate from the hospital environment.

While it’s early on in our understanding of Candida auris, there is some anecdotal evidence to suggest that this yeast may be able to persist for extended periods of time in the environment, making effective cleaning and disinfection using an EPA or Health Canada registered disinfectant with a Fungicidal claim for both daily and terminal cleaning important and a key to minimizing further transmission.

Here’s hoping that next week I don’t have to report on yet another new bug!