A few years back, I became hooked on Trashopolis. It’s an incredible look at some of the world’s major cities and their relationship with trash. While an interesting part of the story is that some civilizations not only lived amidst but also in some cases, such as Mexico City and Mumbai, advanced with the help of trash, there are far more stories about how trash and a lack of cleanliness equated to certain death. 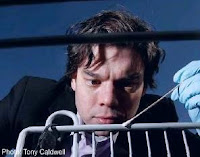 Jason “Germ Guy” Tetro has been involved in the scientific research community for nearly 25 years. He has worked on diagnostic technologies and has expertise in the food, water, air and bloodborne fields. He is currently Coordinator for the Emerging Pathogen Research Centre (EPRC) and the Centre for Research on Environmental Microbiology (CREM) both housed at the University of Ottawa. Jason is also known in public as the “Germ Guy” and has touched over 10 million viewers internationally on television, in print and through social media. The “Germ Guy” strives to increase awareness of hygiene and improve health worldwide. His blog can be found at http://germguy.wordpress.com/
Posted by Unknown at 5:58 AM 1 comments

How many times over the course of your life have you been asked “May I top up your coffee? Would you like more water? Can I get you another refill of pop?” I bet nine times out of ten you respond “YES PLEASE!” Has it ever occurred to you that by mixing new or fresh with old we could be creating an inferior product?

Take coffee as an example. Restaurants are notorious for providing mugs that are too small. I mean who wants a cup of coffee that is gone in five sips – certainly not I! I’m a StarBucks Venti kinda gal…give me enough to last and I’m happy to drink the bottom quarter cold. But at a restaurant when the waitress asks “can I top your coffee off” I almost always say yes and that simple, seemingly innocent agreement creates an inferior product. I have just knowingly agreed to add hot coffee to my now luke warm cup screwed up the optimal drinking temperature and completely thrown off my cream to coffee ratio!

If we are predisposed to ruin a perfectly good cup of coffee, is it any wonder that housekeeping staff can without thought top off their bottle of disinfectant? Housekeeping staff are trained to be prepared. We instruct them to make sure they have all of the products they are going to need on their carts and as a result many housekeeping staff prefer to see their bottles full and not half empty….so they “top up” their bottles during the day and at the end of each shift. The end result is a bottle that does not have the right concentration of disinfectant because new product has been mixed with old. I’ve affectionately dubbed this efficient group the Top-Off Artists.

A complete training program for housekeeping staff MUST include a discussion as to the proper etiquette for filling disinfectant bottles. It’s not sufficient enough to say “Don’t top up”, we need to arm our staff with the reasons behind why we should NEVER top up. If they understand the consequences of topping up and the potential that they can unknowingly contribute to hospital acquired infections they may think twice before topping up.

Now perhaps I’ll take my own advice and just say NO! the next time I’m asked if I would like my coffee topped up.

Nicole
Posted by Unknown at 10:08 AM 0 comments 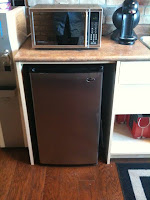 Would you select a single cleaning product to use on all surfaces in your home? One product to clean your stainless steel fridge, hardwood dining table, glass coffee table and leather sofa? If I were to hazard a guess, I would assume you’ve all responded with a resounding, “NO!!”. Am I right?

It seems obvious, why would we ever consider something so impractical as to expect a single chemical to be compatible with those various surfaces. So why is it that we have this expectation when disinfectants are used in commercial settings such as healthcare? The sad state of affairs is that disinfectants are expected to be 100% compatible with all surface materials and devices that they may be applied to. In reality, that is a chemical impossibility. Particularly so, when you factor in that disinfectants need to be formulated to kill the various classes of microorganisms in rapid and realistic contact times. No disinfectant is ever going to be compatible with every surface material we encounter in the vast world of healthcare.

So what then of compatibility issues that may crop up from the use of disinfectants? Well as the title implies, these are often the unintentional consequences of improving infection prevention. With the increasing prevalence of antibiotic resistant pathogens and more virulent strains of various microorganisms, the focus has shifted from being reactive in nature to that of a proactive, preventative position. With this comes the use of potentially more aggressive disinfectant chemistries to address these troublesome pests on an ongoing basis. As identified by the CDC and Ontario’s Provincial Infectious Disease Advisory Committee (PIDAC), disinfectants should ideally be effective against a broad spectrum of microorganisms, elicit this effect in a rapid and realistic contact time, remain safe to use (non-toxic and non-irritating) and carry wide material compatibility. The disinfectants that perform equally well across all criteria will prevail. However, compatibility issues are likely to still be encountered despite following PIDAC and CDC’s recommendations for the reasons listed earlier. What then?

Speaking from experience, it is often more than a case of “Solution A” being incompatible with “Surface B”. In the vast majority of situations, it is the process with which that disinfectant is used on that surface that determines if any ill effects are encountered. It is this process, or the art of cleaning and disinfecting as one might call it, that may need to be modified to mitigate the issue.

If you were faced with such a situation, how would you address it?

The Germinator
Lee
Posted by Unknown at 5:07 AM 0 comments

I golf; therefore I am a golfer…. 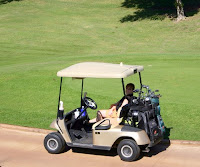 I’m a self-taught golfer. I thought I was pretty decent, I can drive well if I ignore the fact that I slice to the right and rarely land on the fairway, I can putt and bunkers don’t faze me in the least, but my short game is crap. As I primarily play with men and being “slightly” competitive, I got to the point I wanted to improve so started taking lessons. I now have a new grip, a new swing and I SUCK!!! Why? I had bad habits. If I want to be truthful, I was doing it all wrong, but because I could hit the ball off the tee and putt into the cup I thought I knew how to golf. The same goes for everyone we hire into our Environmental Services programs. It’s virtually impossible to hire someone who has no experience cleaning. Everyone at some point in their life has likely done dishes, tidied their bedroom or cleaned a bathroom and all done without any formal education on how to properly use the cleaning chemicals our mom’s had handed us.

As we concluded in the “Top 10” blog, the number one abuse or misuse of disinfectants in 2011was lack of training. We CANNOT expect our staff to know how to correctly use the products and tools to do their jobs unless we TEACH them how to use them. Certainly in some aspects of our life, such as learning to walk or talk or in my case learning to swim (my mother quite literally “threw” me in the pool as was the rage for teaching babies when I was 4 months old), the concept of THE SINK OR SWIM SQUAD can be an effective learning process. For driving, practicing medicine, ensuring public safety through public health and I dare say for using cleaning and disinfecting chemicals a formal, comprehensive and reproducible education system needs to be in place. Isn’t that the concept behind Young Drivers of Canada or the myriad of Medical or Public Health Schools around the world? Why then is there not a Healthcare Environmental Services School?

If we teach everyone the where’s, what’s, why’s and how’s to using disinfectants and cleaning chemicals we won’t have any stories of how we have seen them used and abused. The goal of any Environmental Services Department within a healthcare facility should be to prevent the spread of infectious agents among patients and healthcare workers by meticulous cleaning and disinfection of environmental surfaces and patient care equipment. To reach this goal the EVS department will need to have a comprehensive training program, the objective of which should be to provide EVS staff with the information they need to do their jobs safely. The training program should be a part of the big picture - “how to protect yourself”. At a minimum the training program should include a formal written plan for each of the following topics:

It’s likely that now you, the person responsible for developing the program, is overwhelmed at the thought of the amount of work that needs to be done! Don’t panic. A quick Google search of “Sharps Safety Training for North America” found 76,600,000 hits. Rest assured there is a plethora of information out there so you do not need to reinvent the wheel. Remember to delegate! Talk to your Infection Preventionist and ask for their help in writing the Infection Control and Hand Hygiene segments (there’s section 4 & 5 completed). Talk to Purchasing to find out what company you are purchasing needles or other sharps from and find out who the sales rep is. I can guarantee that a company who sells sharps will have a training program developed (that’s section 2 out of the way). Now call up your chemical sales rep, any reputable company who sells product for cleaning and disinfection should have training material for handling, cleaning and disinfection of blood borne pathogens and who better than to come in and do the product usage training (section 3 and 8 are now complete!). Use your Occupational Health and Safety rep to help create the Occupational Risks and Hazards, MSDS and Personal Protective Equipment training (that takes care of section 1, 6, and 7). With a few telephone calls and a little collaboration the program is done.

My ultimate dream would be to see the development of an Environmental Services Certification Course that becomes the industry standard and prerequisite for anyone who is hired to clean in healthcare facilities. While I do not expect this to happen this year, I certainly hope your top priority for 2012 is to educate your staff on how to correctly use cleaning and disinfectant products.